For nearly a century, observers watched the forests of New York State, including the Catskill and Adirondack Forest Preserve from more than 100 fire towers perched atop the highest peaks, searching for the dangerous, telltale signs of forest fires. There were 19 fire towers in the Catskill region and 52 in the Adirondacks.

Beginning in the 1980’s, the State of New York began to phase out the use of fire towers for spotting forest fires, and in 1990, the last 5 towers still in operation were closed. Over time, the towers and their associated observers’ cabins began to deteriorate, and those that were not dismantled were closed to the public for safety reasons.

Fire towers normally offer great views of the surrounding area and are the destination of many a hiker. I have been to a few since I have started hiking and I decided to share my thoughts as well as some images captured on my visits.

Ferncliff Forest has been the home of several towers over the last century. Each Tower has served a special purpose of its own. The first tower was a stone tower built by the Astors. That tower, now reduced to a pile of rocks perched high atop Mt. Rutsen, served as a point of reference for all who visited. The second tower was erected by the Geodetic Survey to aid in map-making. The third tower was built by the Army Corp of Engineers during World War II and served as a strategic watch tower to provide early warning of attacks, particularly on President Roosevelt’s home and planes that could be headed to New York City. That tower sadly, after serving its noble purpose, was deemed unsafe, and had to be removed in 2006. John Ochs came to Rhinebeck in 1942 with 5 other men from the Army Air Corp to serve on the Ferncliff Observation Tower. They manned the tower 24 hours a day until the day of President Roosevelt’s death.

Ferncliff Forest’s newest tower was constructed in the summer of 2007. The tower, a 1933 International Derrick fire tower made of Carnegie steel, was moved from its original site in Orangeburg, South Carolina. The tower is 80 feet tall and offers spectacular views of the Hudson River, Catskill Mountains and the surrounding area.

This was the first fire tower that I visited and before I began this blog, but it heightened my interest in visiting more. Technically it’s an observation tower, but it was my first. The view from 350 feet above sea level is spectacular and since there wasn’t anyone else around, I was able to climb to the top and enjoy the view.

At the time of my hike, the trails were poorly marked, but I just kept heading uphill until I could see the tower through the trees. It was one of the easier towers to get to and well worth it. 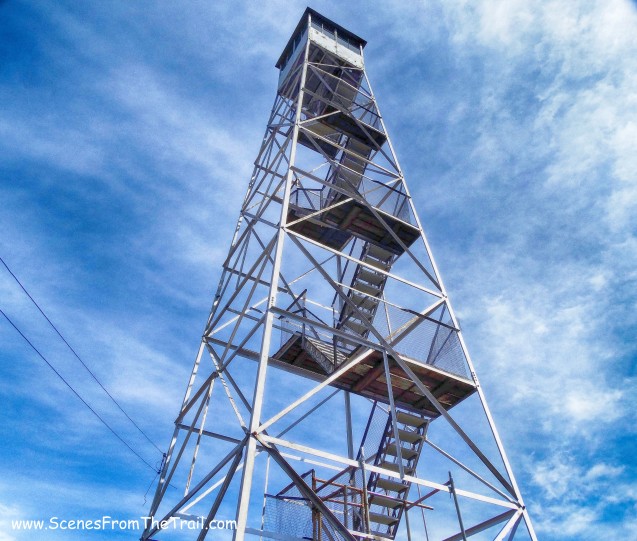 The Overlook fire tower was originally constructed in 1927 on Gallis Hill, west of Kingston, New York, and was moved to its present location in 1950. The 60-foot tower was used by fire stewards to more easily locate wildfires. The tower, along with the others in the Catskills, were closed for safety reasons in 1988. Overlook’s tower was the first to reopen after renovations were completed, on June 5, 1999.

This is one of the more popular hikes in the area. It is a 5 mile round trip hike (up and back) along an old gravel road. The day I visited there were hordes of people there. Like most towers, there is a limit to how many people can climb it at any given time.  I didn’t go all the way up because there were more people in the tower than the suggested limit, it was windy and the tower was shaking. Nevertheless, I was still able to capture the amazing view from my vantage point. It’s kind of hard to get a bad view from 3,140 feet.

This tower is 60 feet tall and sits at an elevation of 1,310 feet. Located on Sterling Mountain, in Sterling Forest State Park, it was erected by the Conservation Commission in 1922 and became operational in 1923. It ceased operation in 1988 and was a “stand by” tower until 1999 when it was put back into active service by the Office of Parks, Recreation and Historic Preservation. It now holds the distinction of being the only operating fire tower in New York State.

From what I read, the tower is closed during winter and inclement weather. It’s suggested to call the park for more info before visiting. On the day that I hiked to it, there were only a few other hikers in the area. There are no views at the summit unless you climb the tower. Once you do, you will be rewarded.

View towards Sterling lake from the Fire Tower 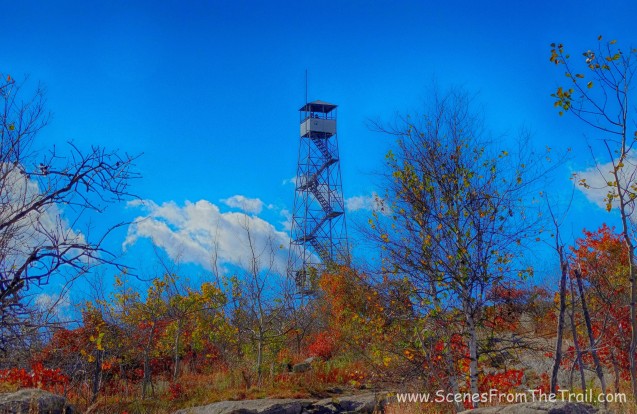 The Mount Beacon Fire Tower was built in 1931 on the site of an earlier structure and was used by the State of New York to spot fires for five decades. This tower stands on South Beacon Mountain at 1,650 feet and has been a treasured hiking destination for years. It stands at 60 feet tall and was reopened in 2013 after an extensive restoration.

This tower was extremely crowded when I visited it and there were many people climbing it. It affords fantastic views up and down the Hudson River and it is my favorite of all towers I have visited.

This 60 foot tall steel tower was erected in 1928 by the Palisades State Park Commission at the 1,276 foot summit of Jackie Jones Mountain in Harriman State Park. It replaced a wooden tower that stood there previously. The Conservation Department’s Bureau of Forest Fire Control took over operation of Jackie Jones Tower in 1931. This tower ceased operation at the end of the 1988 season and was officially closed in early 1989 when the Department of Environmental Conservation determined that fire towers were no longer effective and decided to phase them out of service. It is the last remaining fire tower in Harriman State Park.

Well, these are the fire towers that I have hiked to thus far. I am hoping to visit more in the near future and will update this post when I do. I hope that you enjoyed this post and don’t forget to follow my blog. I also welcome any comments and or suggestions. Now get out there and take a hike! 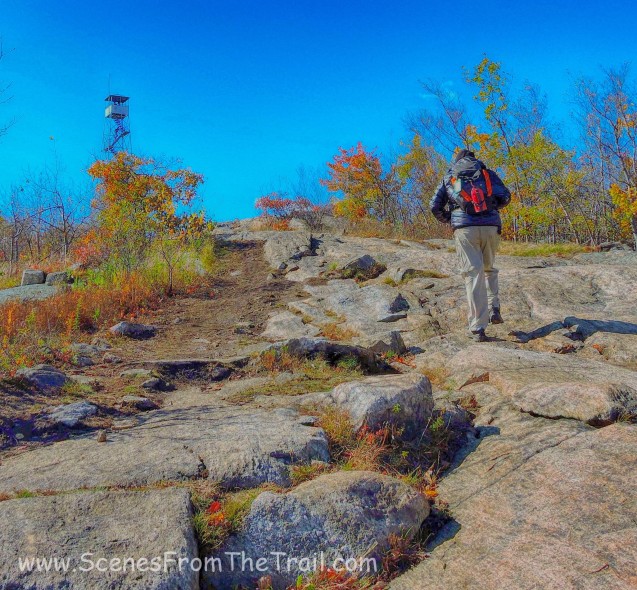