I had a few hours to kill and decided to take a walk up in Rockefeller’s. Growing up in the area, we used explore the 1,400-acre park all the time. Just recently I have begun to explore the area east of Bedford Road (NY 448). It was a spur of the moment thing and I didn’t bother with a map. I did have my GPS device, but it was mostly to record a track of the hike.

There is a trailhead at the southern end of the parking area at Union Church of Pocantico Hills so we parked there and began our hike. The Rockefeller carriage roads are always a pleasure to walk on. 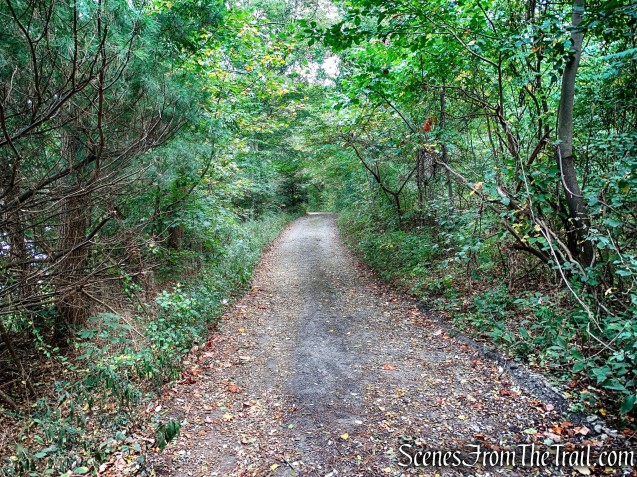 Except when you come to a locked gate. 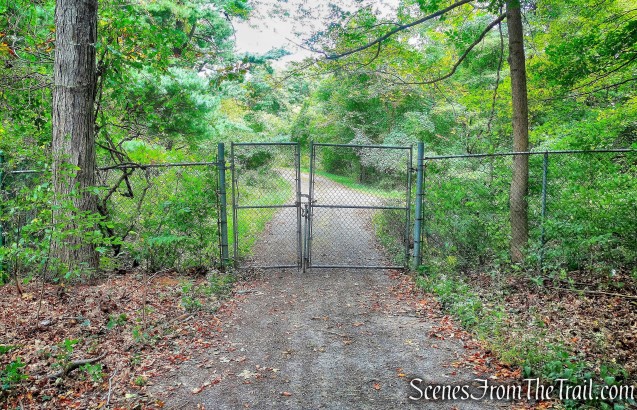 In my younger years, I wouldn’t have hesitated climbing the fence and continuing on my way. Well, that was a short hike! Not to be deterred, we turned around and walked north a short distance along Bedford Road and made a right at 591 Bedford Road. It’s just before the entrance to the school.

There is a gravel road with a gate at the entrance. The gate was open and we began our hike…..again.

We followed the gravel road until we came to a T-intersection and turned right.

We reached a a four way intersection and turned left and walked past a locked gate. 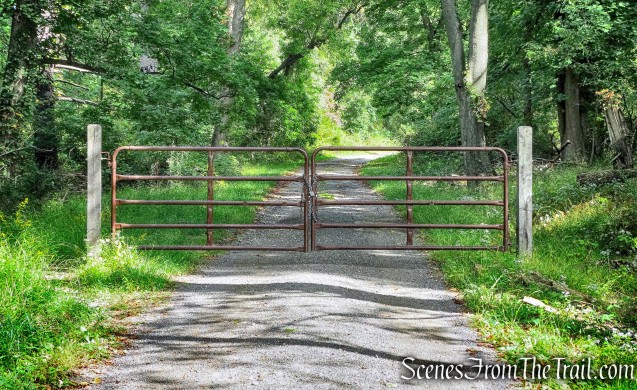 We then reached a fork and veered right. In a short distance, we were met with yet another locked gate.

This road leads to one of the reservoirs on the Rockefeller’s property. 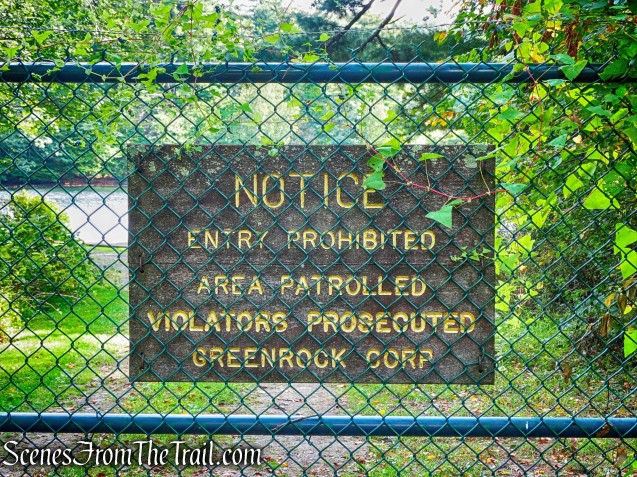 There are four lakes/reservoirs that are in close proximity to each other. Three of them are named Fergusons Lake, for George Ferguson, who had four large icehouses on the lake west of the Pocantico Hills Central School. 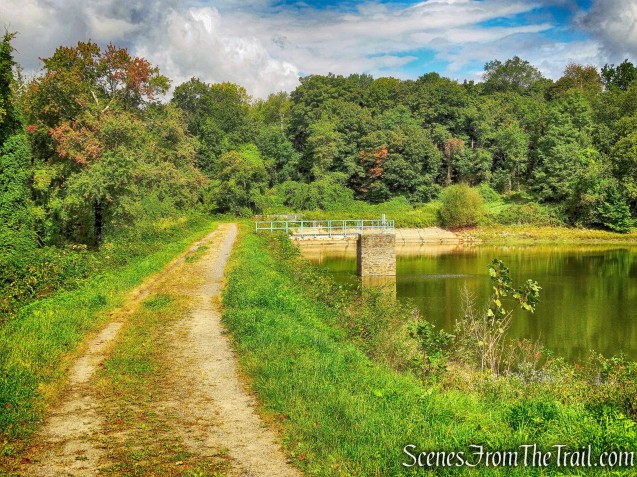 I’ve been to this spot several times and I have always walked the plank.

We then crossed a wooden bridge that spans Rockefeller Brook.

The most notable feature of the Preserve is the network of carriage roads built by John D. Rockefeller Jr. He began the construction of these broken stone roads in 1910.

Since this wasn’t a designed hike, we just wandered around and took the path that seemed less familiar. The woods were quiet and except for a pair of runners and walkers, we didn’t encounter anyone else on our hike. We did see some chicken of the woods.

chicken of the woods

We ended up at the easternmost Fergusons Lake and the water was lower than the last time I visited.

The lake was so dry that the pipes were exposed. 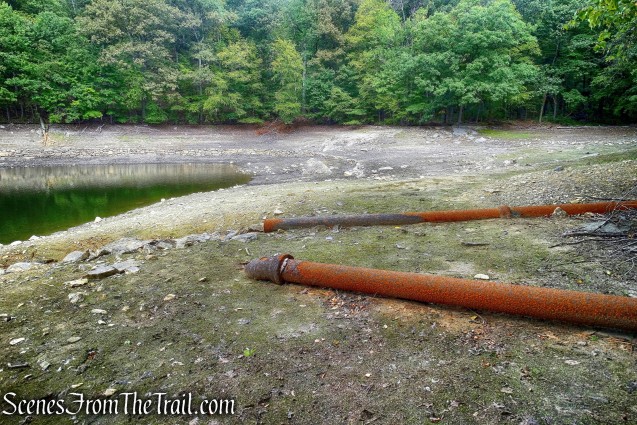 We walked to the southern end of the lake and climbed up to the road and began heading northwest.

Just to the left (west) of the road, is another lake. This one is named Hemingways Lake. It was created by a man named Hemingway, a superintendent on the estate of John D. Rockefeller, Jr. It is the southernmost of the four lakes to the southeast of the Pocantico Hills Central School. It is fenced off and not open to the public.

We wandered around a bit and wound up at another locked gate.

We began to head back and passed another locked gate. 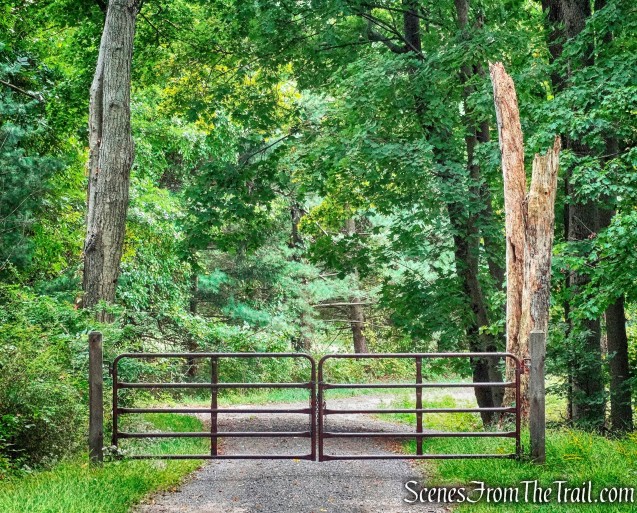 I referenced my GPS just to make sure we were headed back to where we started. We were going directly back to the parking area and came to the first locked gate that we encountered when we began the hike. We turned around and retraced our steps and took a left and then a right. We ended up at an old stone pumphouse near the first Fergusons Lake that we walked by. 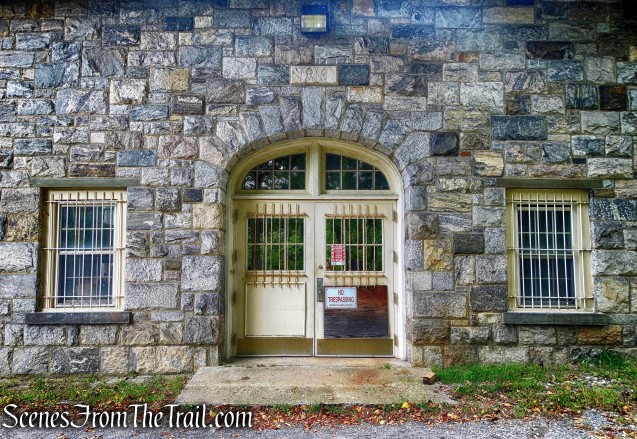 An odd shaped structure sits nearby.

The structure is built in to the side of the hill.

We then made our way back to Bedford Road and out of the only unlocked gate we encountered on this hike.

We then did the short road walk back to the parking area behind the church, where our hike began. An interesting hike to say the least, with all the locked gates that we encountered. It was an enjoyable few hours roaming about on the carriage roads at Rockefeller’s, it always is.