High View Tunnel is an approximately one mile long railroad tunnel that bores through Shawangunk mountain from Bloomingburg to Mamakating. The New York, Ontario and Western Railway, more commonly known as the O&W or NYO&W, was a regional railroad with origins in 1868, lasting until March 29, 1957 when it was ordered liquidated by a US bankruptcy judge. The O&W holds the distinction of being the first notable U.S. railroad to be abandoned in its entirety. This was the main line of the New York, Ontario & Western Railroad, which was the major travel route to the Catskills in the heyday of the Sullivan County resorts.

While doing some research on abandoned train tunnels, I came upon this one and it seemed an interesting place to visit. The information that I gathered stated that this tunnel was haunted and that people have drowned due to the tunnel being flooded up to nine feet in places. One of the key points about my desire to visit High View Tunnel was that it was accessible without having to trespass. So, after having located it on Google Maps, I decided to combine this trip with two other places I wanted to visit in the area.

Across Mamakating Road is an old abandoned bridge abutment where an unmarked trail was off to the left.

After climbing up the hill I encountered the railway grade which I began to follow.

After a short walk along the grade I saw an odd looking small structure through the vegetation on the left. I thought initially that it might have been a guard shack, but have since found out that it is a cast concrete telephone booth.

I continued ahead through a rock cut. 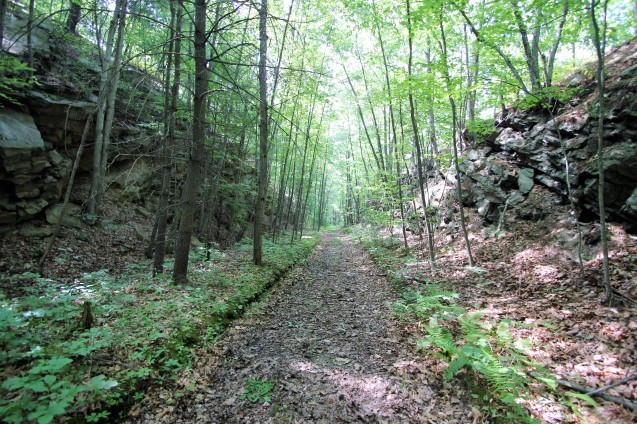 The trail began to get muddy which led me to believe that I was getting close. 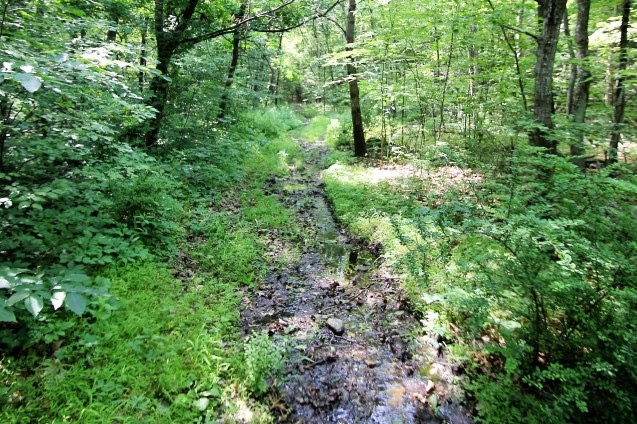 Then on the right I came upon the ruins of a small stone building. This building was used for the “day storage” of explosives.

It was not too far past the stone building that the tunnel came into view.

The trail leading up to the tunnel was very muddy and I had to stay to the left so I wouldn’t sink in the mud and risk losing a boot. It had an eerie atmosphere and was relatively quiet except for the road noise from New York State Route 17 which the tunnel runs under.

Here are some images that I captured of the High View Tunnel. Click on the ensuing images to enlarge.

I did not try to explore inside the tunnel as it was filled with water and some bats. I also left my flashlight in the car so any desire to venture inside was quickly diminished. It is not advisable to enter this tunnel because it has not been maintained since the 1950’s, it is flooded and there is the danger of falling debris along with other hazards when exploring abandoned places.

After hanging out and taking some photographs I retraced my steps back to the car. I was now off to find a lead mine with a waterfall in front of it that was a short distance away.

Until next time, happy trails…… 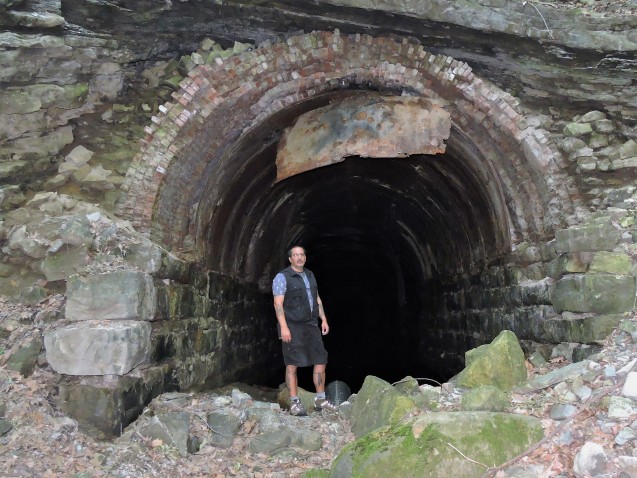