Winding Hills Park is located off NY 17K in the Comfort Hills two miles west of the village of Montgomery, New York, United States, straddling the Montgomery-Crawford town line. It is a 508-acre area centered on 40-acre Diamond Lake that is primarily used for outdoor recreation.

A picturesque landscape with many amenities for anyone that enjoys what nature and the outdoors have to offer. Bring the entire family out for a day in the park to commune with nature, have a picnic in the grove, fish by the lake or walk the nature trails which loop through the various terrain in the park. You can also stay for the night or weekend at one of the 51 camp site destinations.

Much of the park is wooded, with some clear areas around the roads. The hills slope up to the east, and the terrain to the north and west remains gently rolling. Elevations range from 500 feet above sea level at the west, where Pine Swamp drains toward the Wallkill River via a short unnamed tributary, to 780 feet at the USGS Kimball benchmark.

Diamond Lake is available for paddleboat rental and angling in season, and two smaller ponds on the property are also open to fishermen.

A 10-mile trail system is open to hikers, as well as snowshoers in winter. The winding trails through the woods that pass along old stone walls, do not offer a lot of elevation change, but there are some hills to be traversed. Benches along the trails let hikers stop and enjoy the scenic landscape and wildlife. 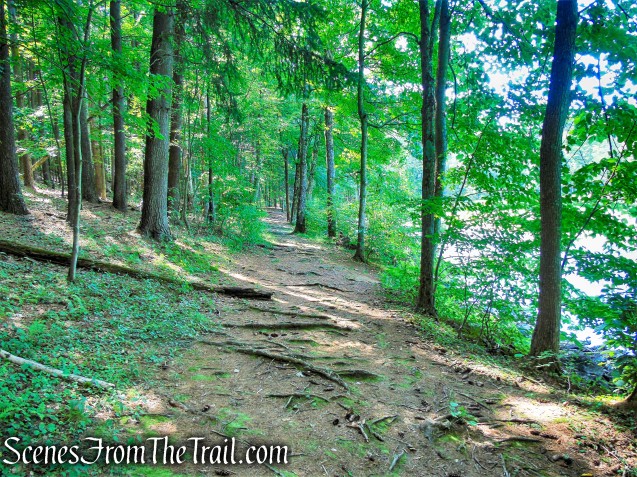 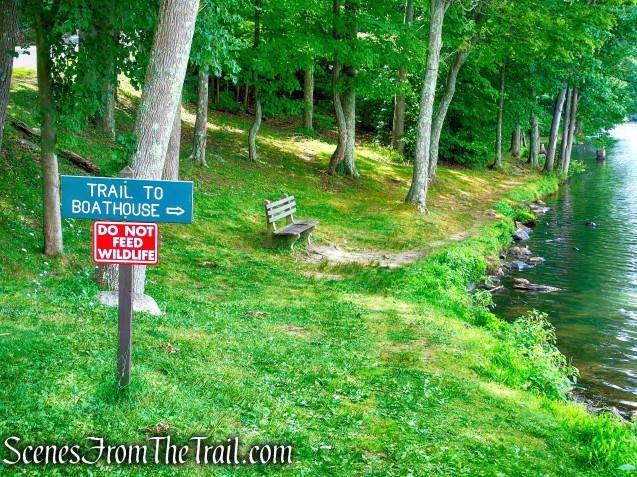 A 20-acre picnic area overlooking a four-acre pond is available at no charge. The 40 individual picnic sites each contain a table and charcoal grill with a comfort station in the immediate area.

The concept behind the development of Winding Hills was to leave it as natural as possible. Orange County had to build roads and parking areas, plus docks for boating, but tried to disturb as little as possible.

The 30-acre man-made Diamond Lake was enlarged by the constuction of a dam to deepen and expand the lake to 40-acres.

Winding Hills Park was dedicated in May of 1972 and is managed and maintained by the Orange County Department of Parks, Recreation and Conservation. 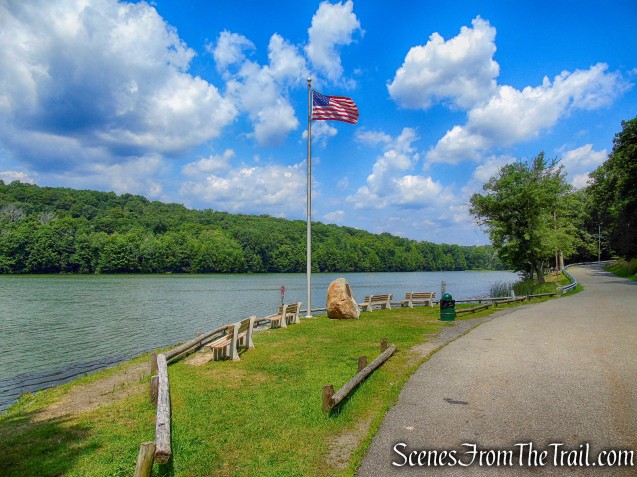 A picturesque setting to spend an enjoyable day in the outdoors. Whether you’re looking to grill some food, fish or hike the trails, Winding Hills Park has a little bit of everything. As always, you have to get there early to secure a good picnic spot. There’s nothing like grilling and eating breakfast in the outdoors.

Trail markings don’t necessarily correspond with those on the map. 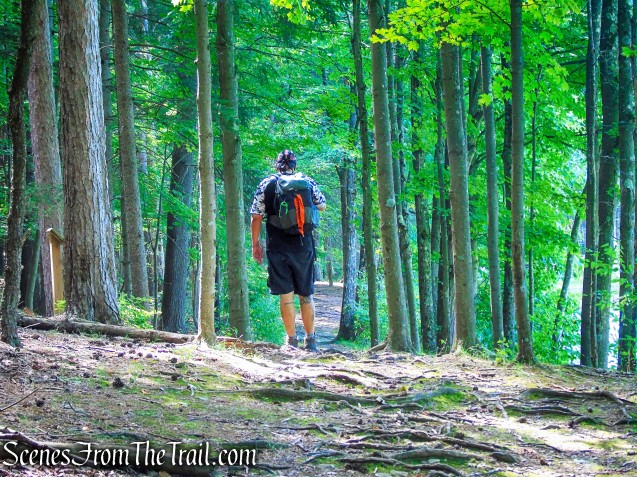