The Old Croton Aqueduct State Historic Park is a linear park which runs from Van Cortlandt Park at the Bronx County/City of Yonkers border to the Croton Dam in Cortlandt. The scenic path over the underground aqueduct winds through urban centers and small communities. It passes near numerous historic sites, preserves, a museum highlighting the construction of the Aqueduct, and many homes. The Aqueduct’s grassy ceiling provides abundant recreational opportunities for outdoor enthusiasts. While primarily for walking and running, parts of the trail are suitable for horseback riding, biking (except during “mud season”), bird watching, snowshoeing, and cross country skiing. 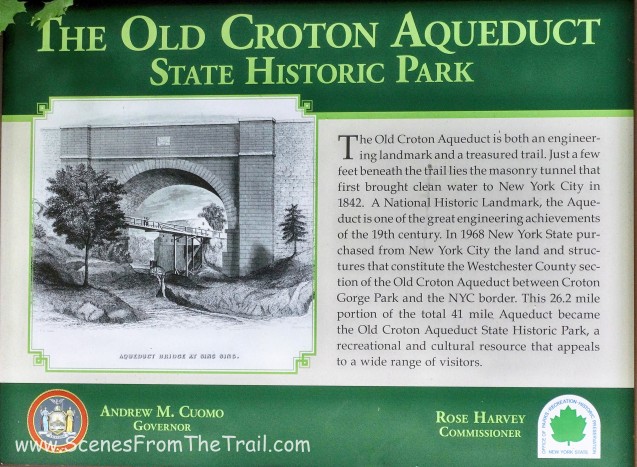 I grew up using “the aqueduct” as a method of travel and recently decided to hike the entire 26.2 mile Westchester section of the trail from Croton Gorge Park to Van Cortlandt Park on the Bronx/Westchester border.  My plan is to section hike it in consecutive weekends. This is the first portion of my hike. Since there are some roadwalks on this hike and some sections of the trail break away from the actual aqueduct itself,  I made sure to obtain an OCA – Westchester Section Map which sells for 5 bucks.

Since this is a linear hike, it is necessary to spot cars. This means parking one vehicle at the finishing point and another vehicle at the starting point. For this section of the hike one vehicle was parked at the Joseph G. Caputo Community Center in Ossining and the second car at Croton Gorge Park. 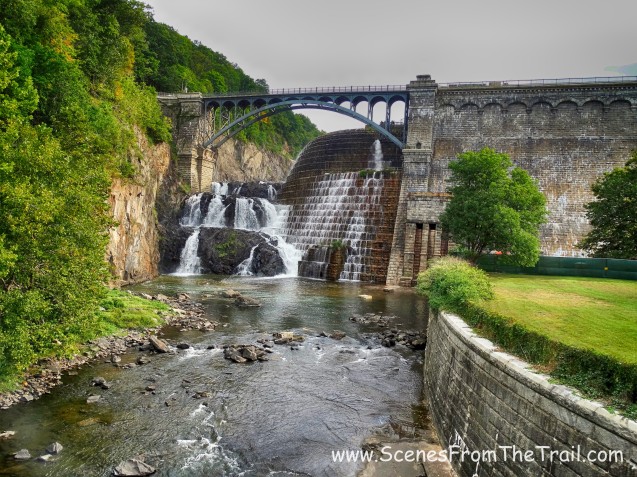 After arriving at Croton Gorge Park, we headed out towards the trailhead which is located just north of the restrooms and up the hill. The service road switchbacks up the hill, but we ended up taking a shortcut up a somewhat steep side trail that brought us up to the aqueduct trailhead a little quicker. 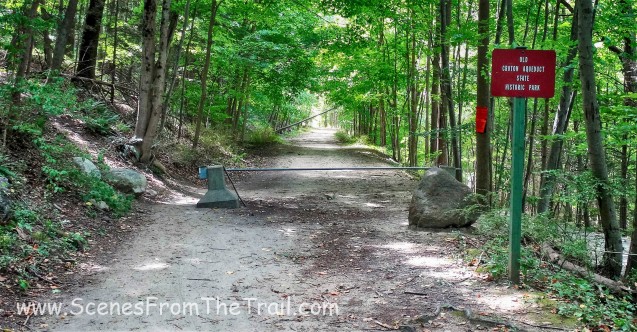 Almost immediately we came to the first of 21 stone ventilator shafts that line the trail. They were placed roughly a mile apart along the northern part of the aqueduct. They were erected to keep the aqueduct at atmospheric pressure. 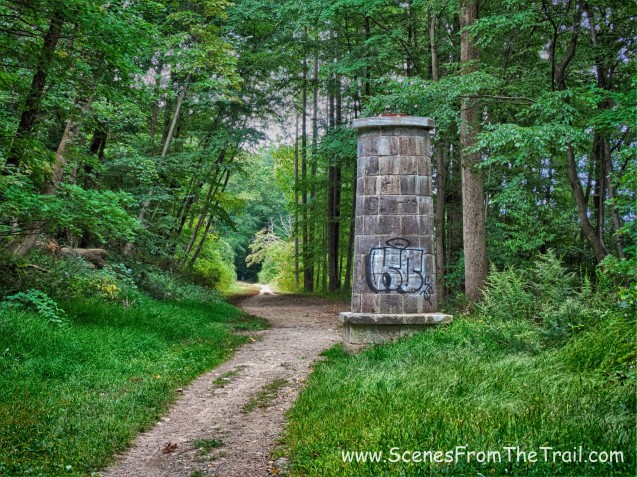 It was a little cloudy on this day, but the sun would be coming out soon. We were grateful for the canopy of the trees, which made for a comfortable hike. 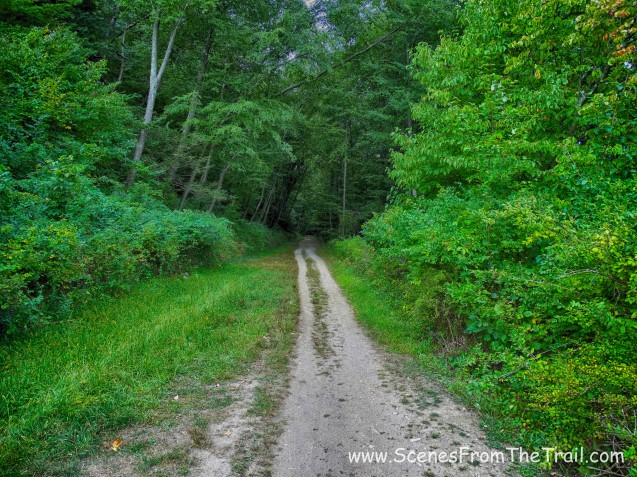 We came to a scenic rock cut and we stopped for a minute to take some photographs. 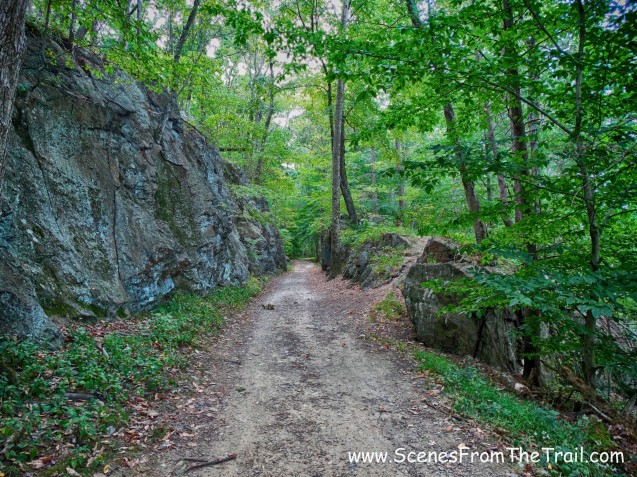 Then shortly thereafter we came to our first road crossing. This was at Quaker Bridge Road, which we would cross twice. 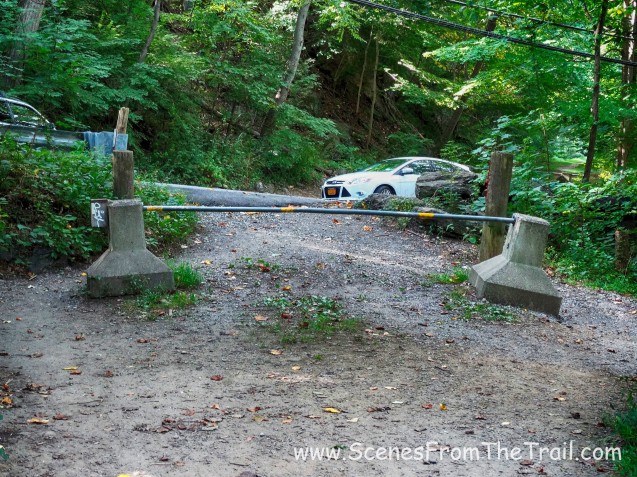 Prior to our first road crossing there were numerous dog walkers on the trail. One group of men had 6 or 7 unleashed dogs. Near the road crossings there were people to be seen since they could park and just walk onto the aqueduct. As we went further away from the roads, the aqueduct became more secluded. After crossing Quaker Bridge Road we came to the second stone ventilator shaft of the day. At this point we were approximately one mile into our hike. 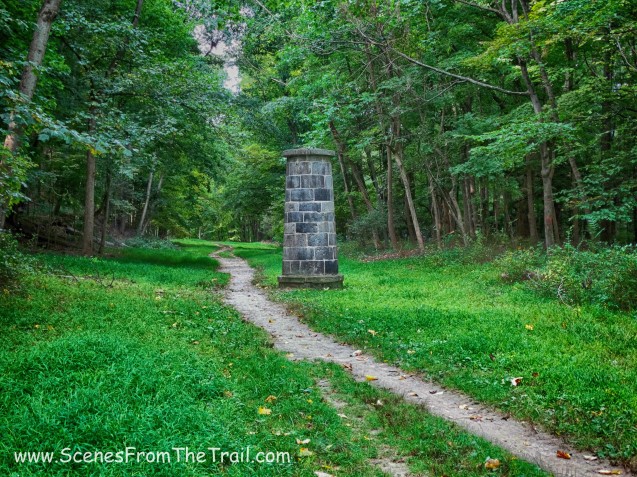 Then we crossed the other end of Quaker Bridge Road.

After crossing the road we came to Croton Gorge Unique Area, which I had never heard of before. I filed it away for future reference.

There was a bench alongside the trail and we took a short breather. 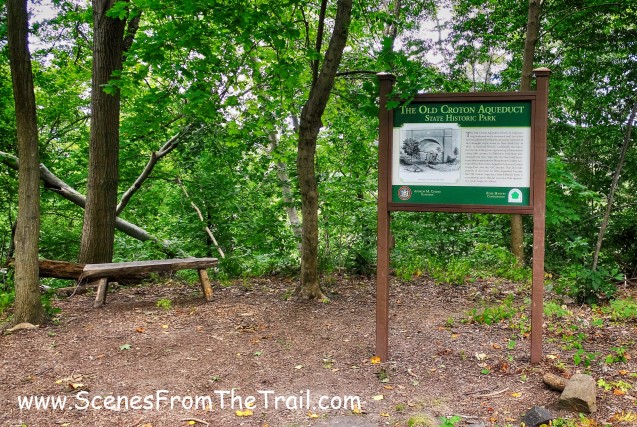 After a brief rest on the bench that was placed there for our benefit, we continued on and came upon another stone ventilator shaft. 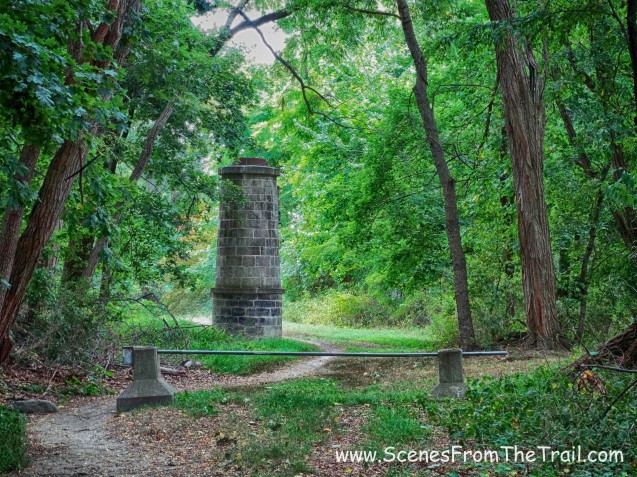 Another road crossing on Hillcrest Avenue……. 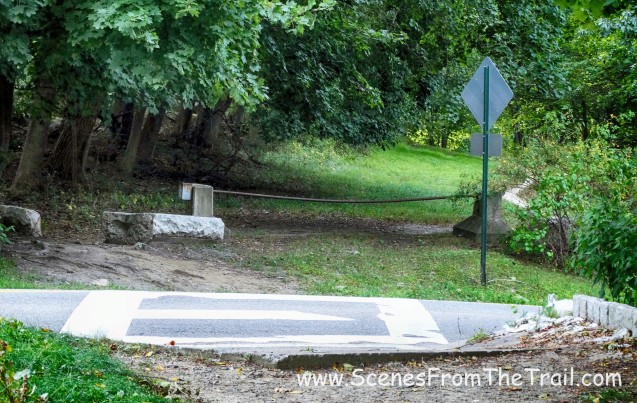 and we trekked on into Crotonville. 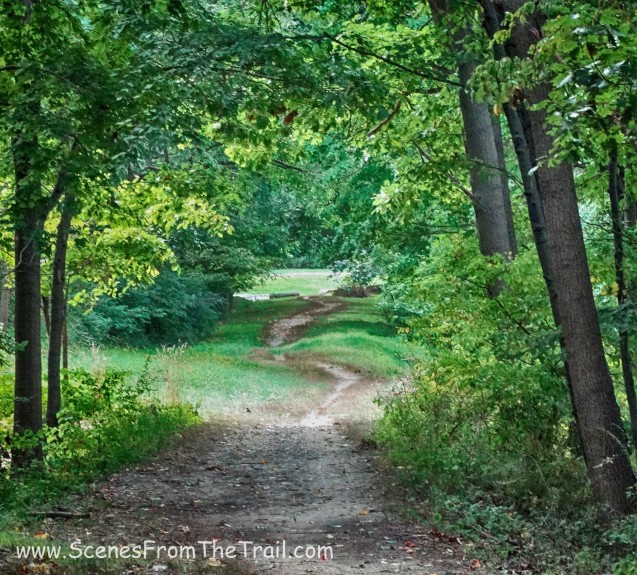 We passed some more strategically placed benches, but did not stop this time. 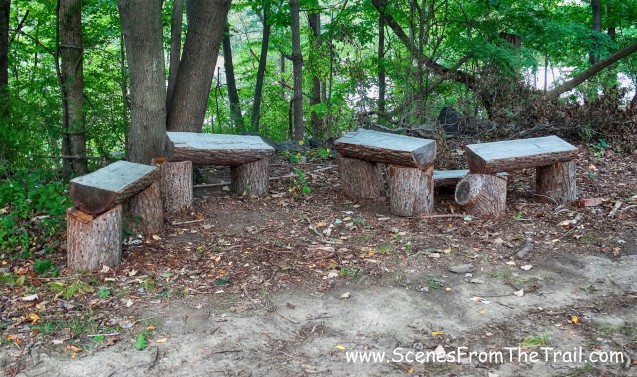 We came out on Indian Brook Service Road by the Ossining Water Treatment Plant. We crossed the road and picked up the trail once again. 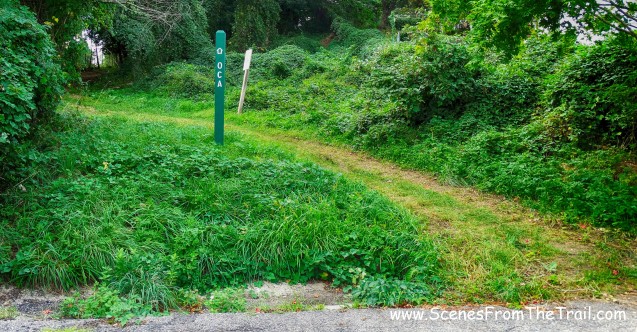 The trail now hugged a fence that bordered the GE Management Development Institute. 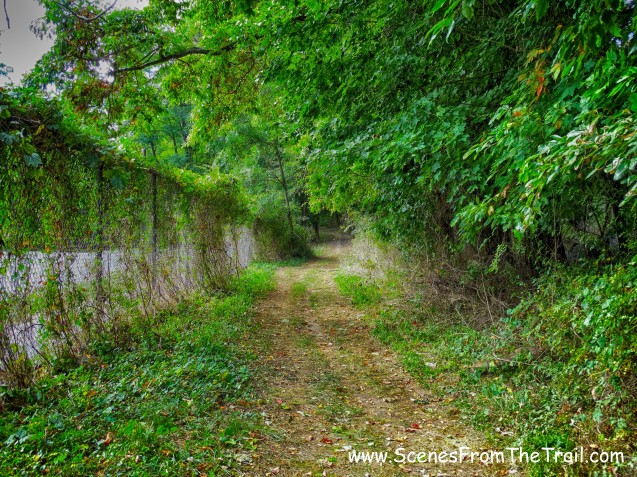 We came out on Old Albany Post Road by the American Legion and walked underneath Route 9A. We proceeded up to Ogden Avenue and turned left where we picked up the trail again. I knew that we would be crossing Highland Avenue (Route 9) soon, and not being familiar with the OCA Trail in this area, we somehow lost the trail. Since I knew we would be crossing the road, I did not want to miss the trailhead, so I inadvertently decided to cross too soon. If not for this error on my part we wouldn’t have seen this Black Vulture on the side of the road trying to make dinner out of a dead squirrel that lay in the road while not being roadkill itself. 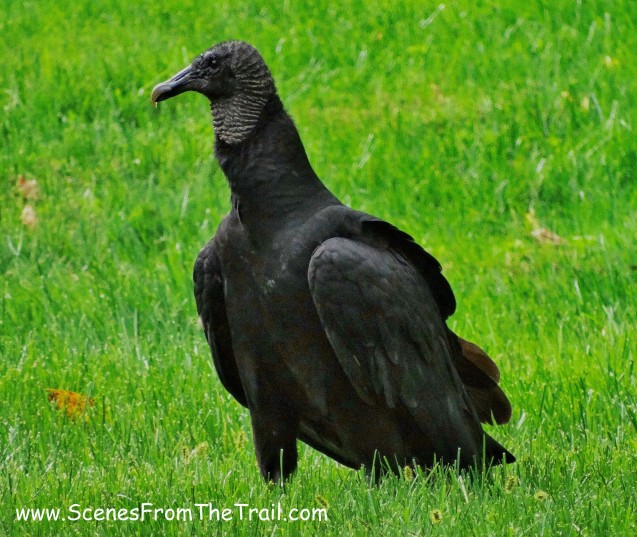 Not liking road walks too much, I saw what looked like a trail that paralleled Route 9 and decided to take that route. I knew it would lead us to the aqueduct and I was right. Unfortunately there was a locked gate between us and the aqueduct. I was willing to climb the gate, but my hiking partners declined.

So we retraced our steps until we could walk around the fence and back onto Highland Avenue. Proceeding south, we came to the trailhead we were looking for. 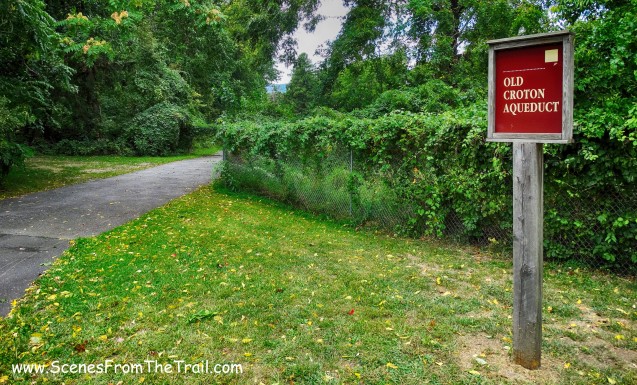 Now we were back in business! After a short walk, we came to Kane Mansion, which was built in 1843. 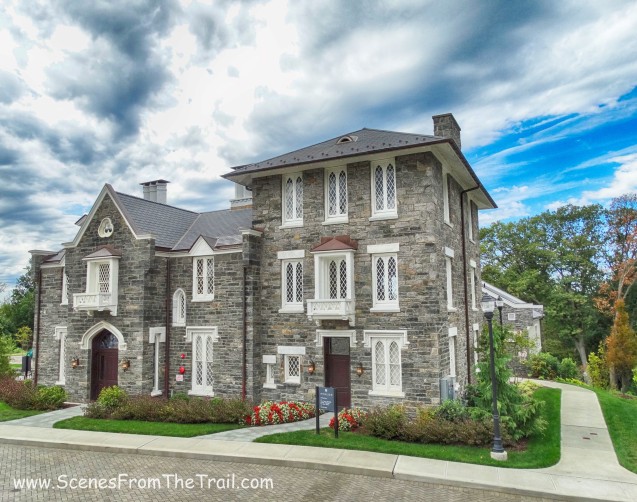 As we continued on our hike, we passed several more road crossings and came to a weir. Six weirs were constructed along the OCA to allow water to be drained from the aqueduct if the level rose above a certain height, weirs with hand-controlled gates and waste outlets were constructed. These also provided ventilation and access, making it possible not only to divert water and control its depth, but to stop it completely at the site of the weir. 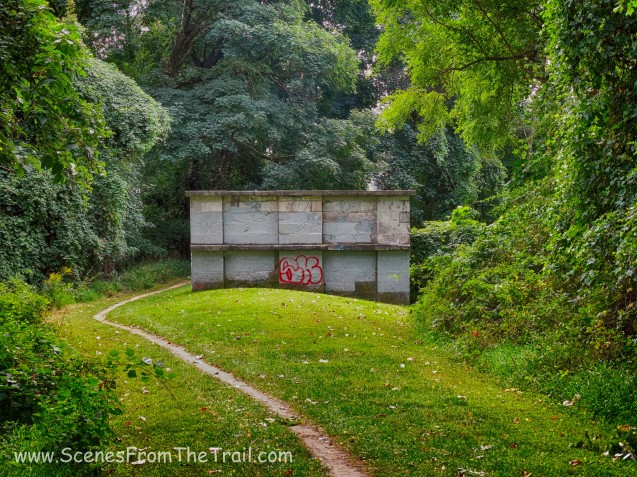 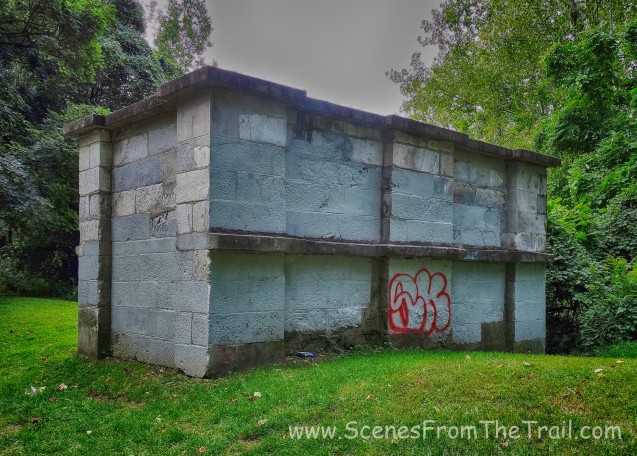 After several more road crossings we arrived at the Ossining Weir. 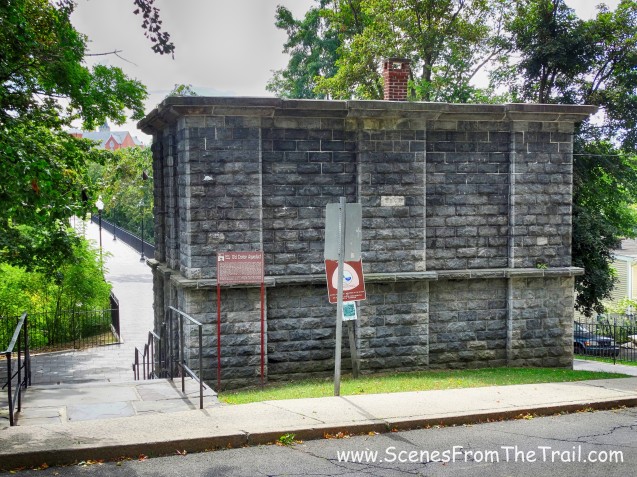 The New Ossining Weir is twenty feet long, ten feet wide, and thirty feet high, including the portion of the weir that is built underground for the waste-water conduit. 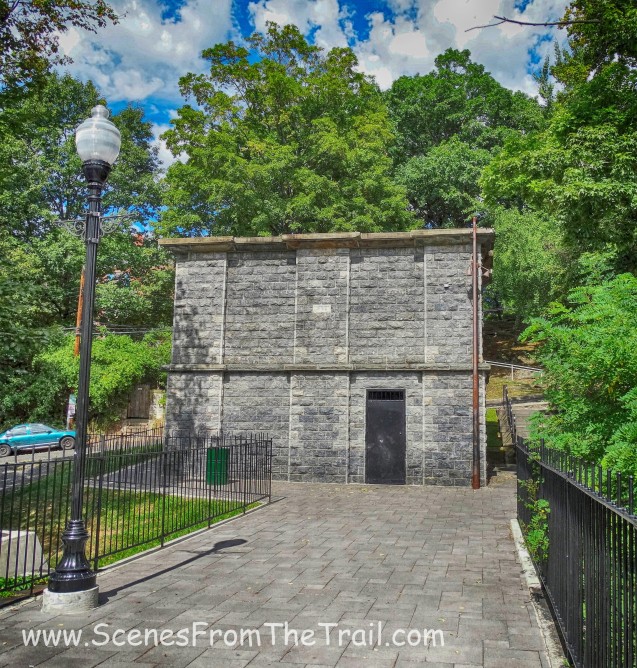 At this time we walked across the Double Arch Bridge which spans the Sing Sing Kill and Broadway in Ossining. 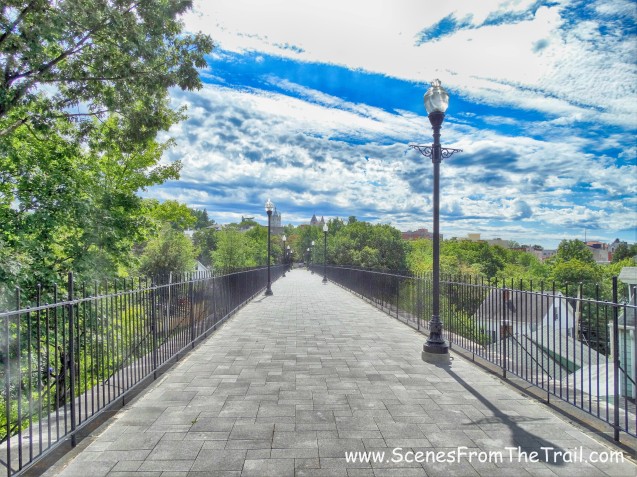 After crossing the bridge, we veered off to the left towards Broadway and the Joseph G. Caputo Community Center, which is where we had parked one of the vehicles earlier. The aqueduct portion of the hike was over for today. We rested briefly in the parking lot and then began the Sing Sing Kill Greenway portion of the hike. I had been here on several occasions and figured it would be a good place to end this section of our OCA hike since it shares a parking lot with the community center. It is only a 1/2 mile to the end and back, so we trekked on. 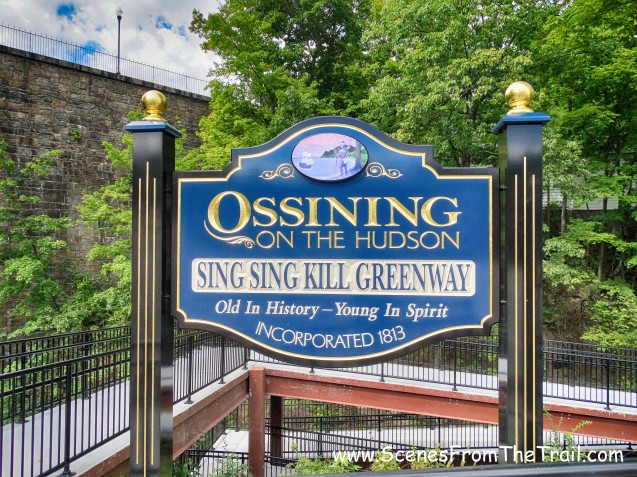 From here we caught a nice view of the Double Arch Bridge from underneath. Although the lower bridge (Broadway) had debris netting draped on it, you can see how it got its name. 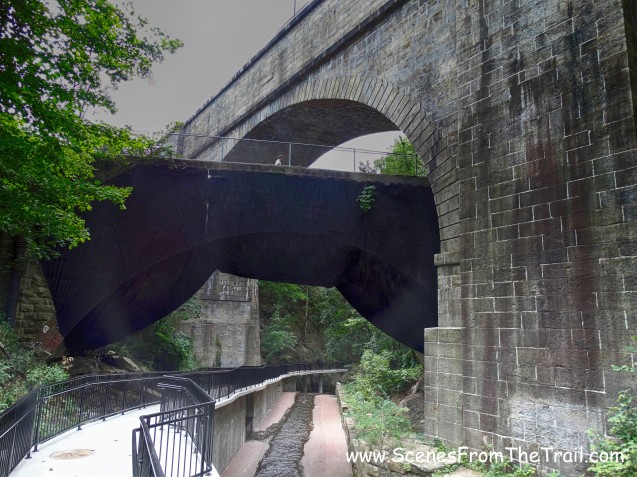 We strolled along the walkway at a leisurely pace and had the place to ourselves. 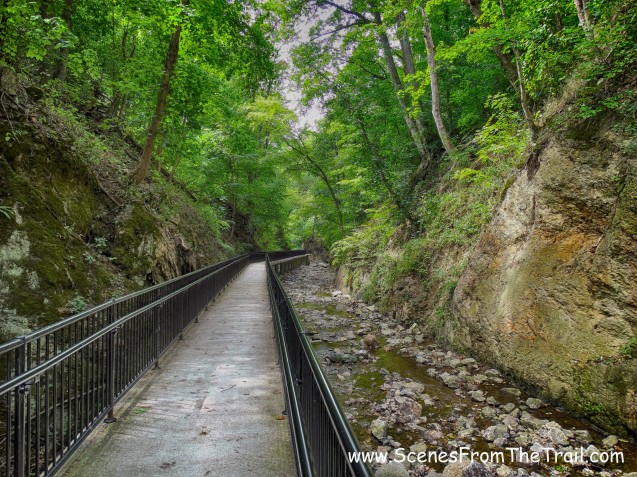 Kill Brook, which flows into the Hudson River was a bit dry, but the gorge is still a nice place to go for a walk. 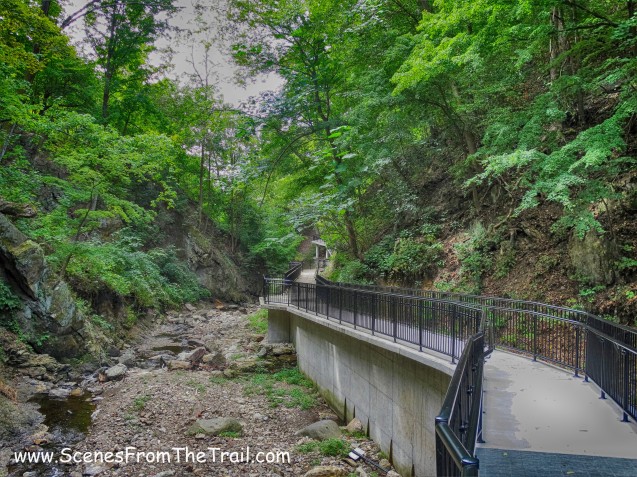 We walked to the end of the walkway where the stairs lead up to Central Ave. 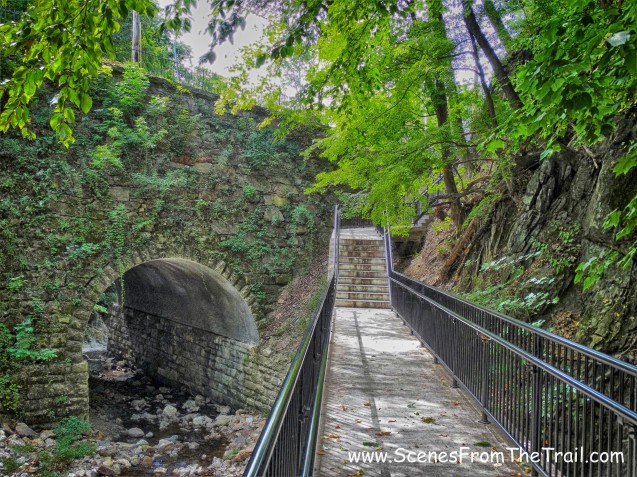 From there we retraced our steps back to the parking lot where our chariot awaited us. We had to drive back to Croton Gorge Park to pick up the other vehicle. That was it for today, by this time we were tired and hungry and I had some pork in the slow cooker that was calling my name. As far as hikes go, this wasn’t the most scenic one I have done, but it had meaning. Growing up in North Tarrytown, “the aqueduct” as we all called it, ran through the center of town. It was right behind the cafeteria of Sleepy Hollow HS and we spent many days wandering all over it. I have walked some areas of it in town and some sections south, but never really explored beyond. With the first section under my belt, I look forward to next week, when my hike takes me through Sleepy Hollow and Tarrytown. Stay tuned, until next time folks, keep on trekking. 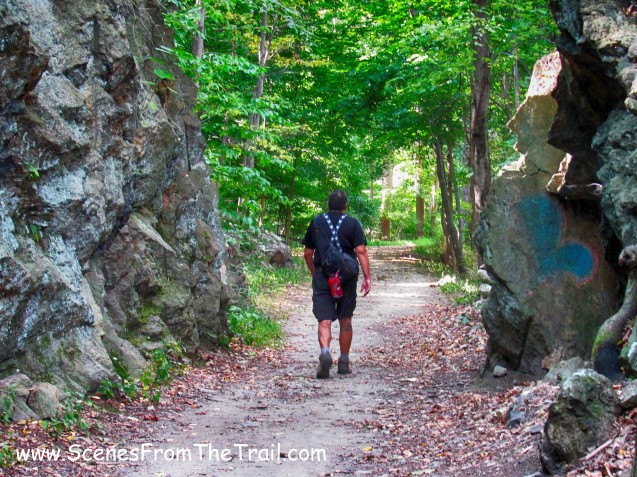